Dragons Of Atlantis Wiki
Register
Don't have an account?
Sign In
Advertisement
in: Browse, Sanctuary Dragons, Tournaments,
and 4 more 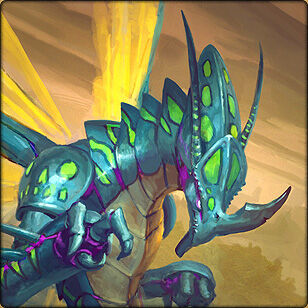 The Venom Dragon (VD) is a Kabam Released Seed dragon that is now available within the Sanctuary. The Kabam Released Seeds 'KRS' are pure DNA dragons that are gained via ruby purchase in the shop, Fortuna's Vault, Treasure Hold, Challenges and Tournaments.

The Venom Dragon is available in both sexes which allows for pure breeding.  It is possible to breed a Venom Dragon (VD) via crossbreeding other types.

Ways to get this Dragon by breeding

The exalted version released in the Tournament 1st-2nd prize on July 23th, 2013 had:

And the heightened version released in the Tournament 3rd-5th prize: